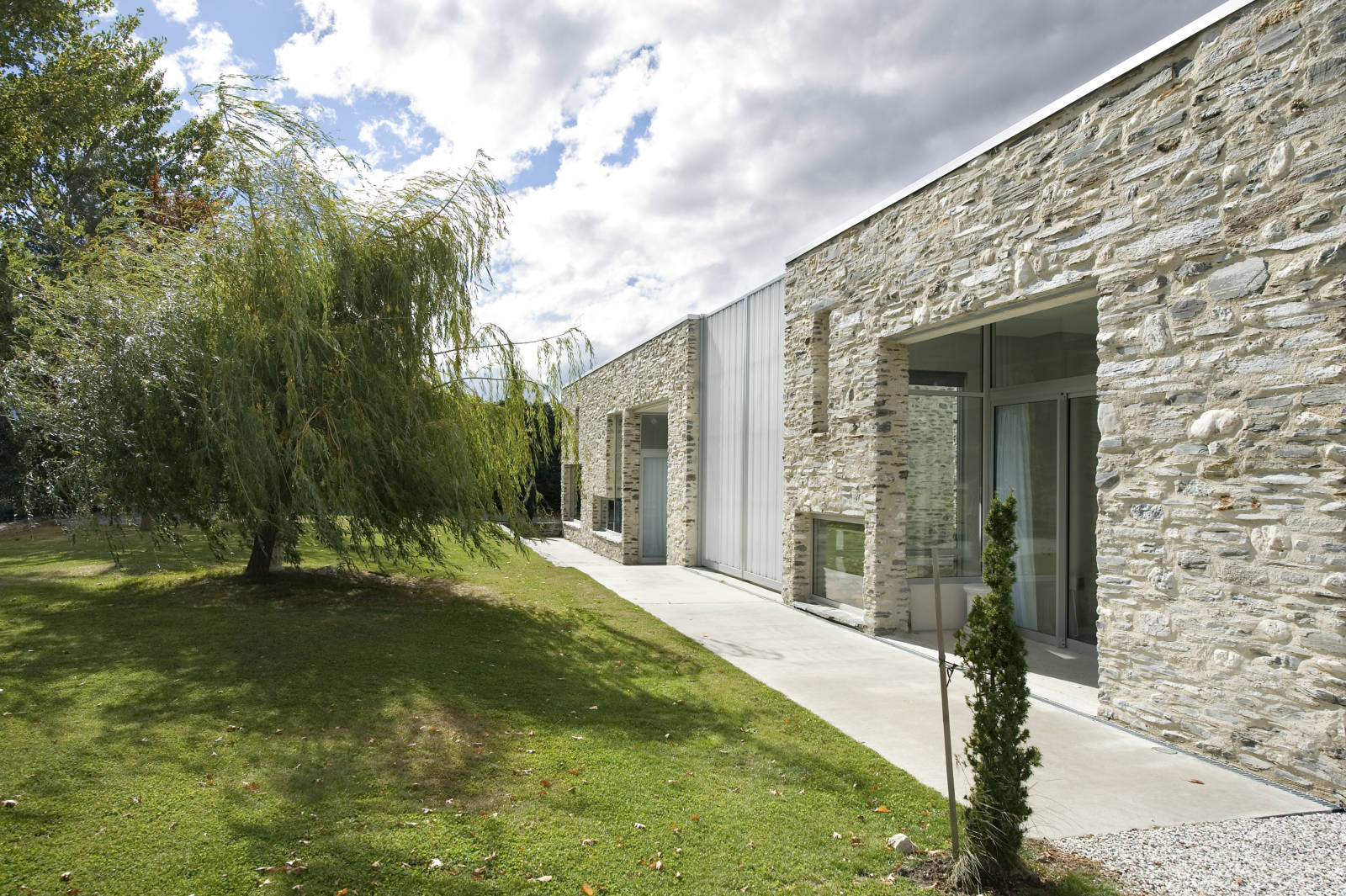 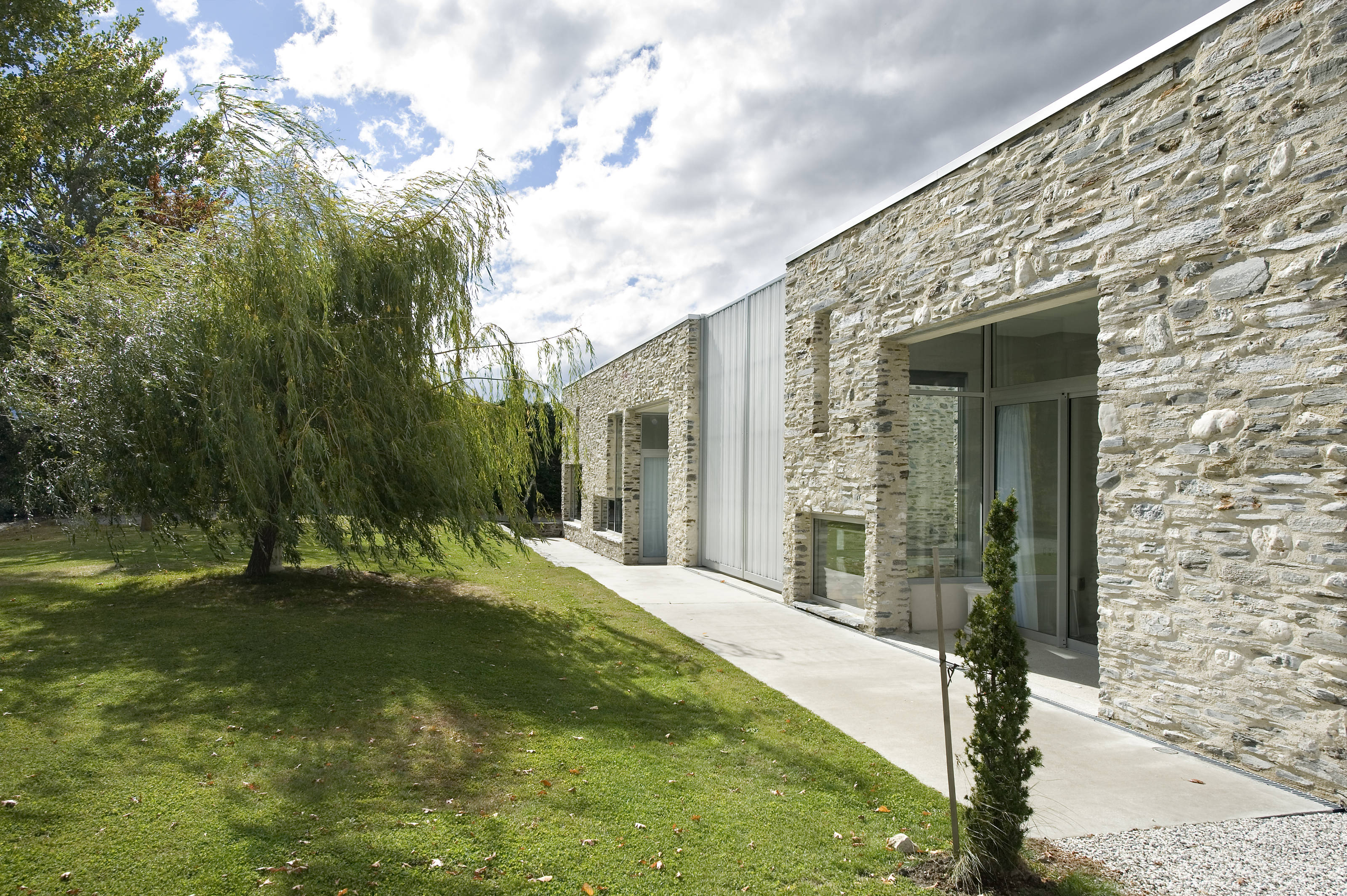 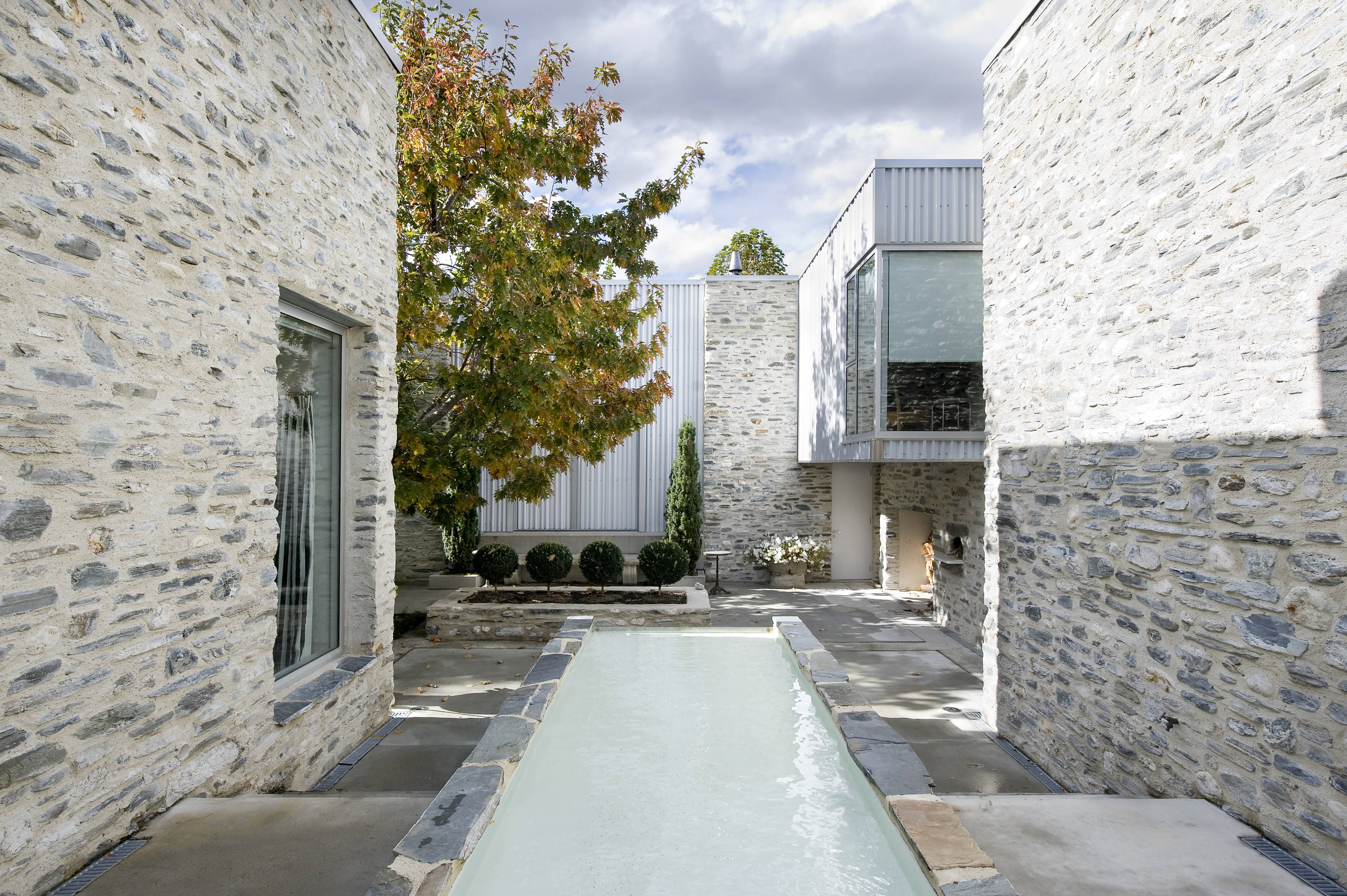 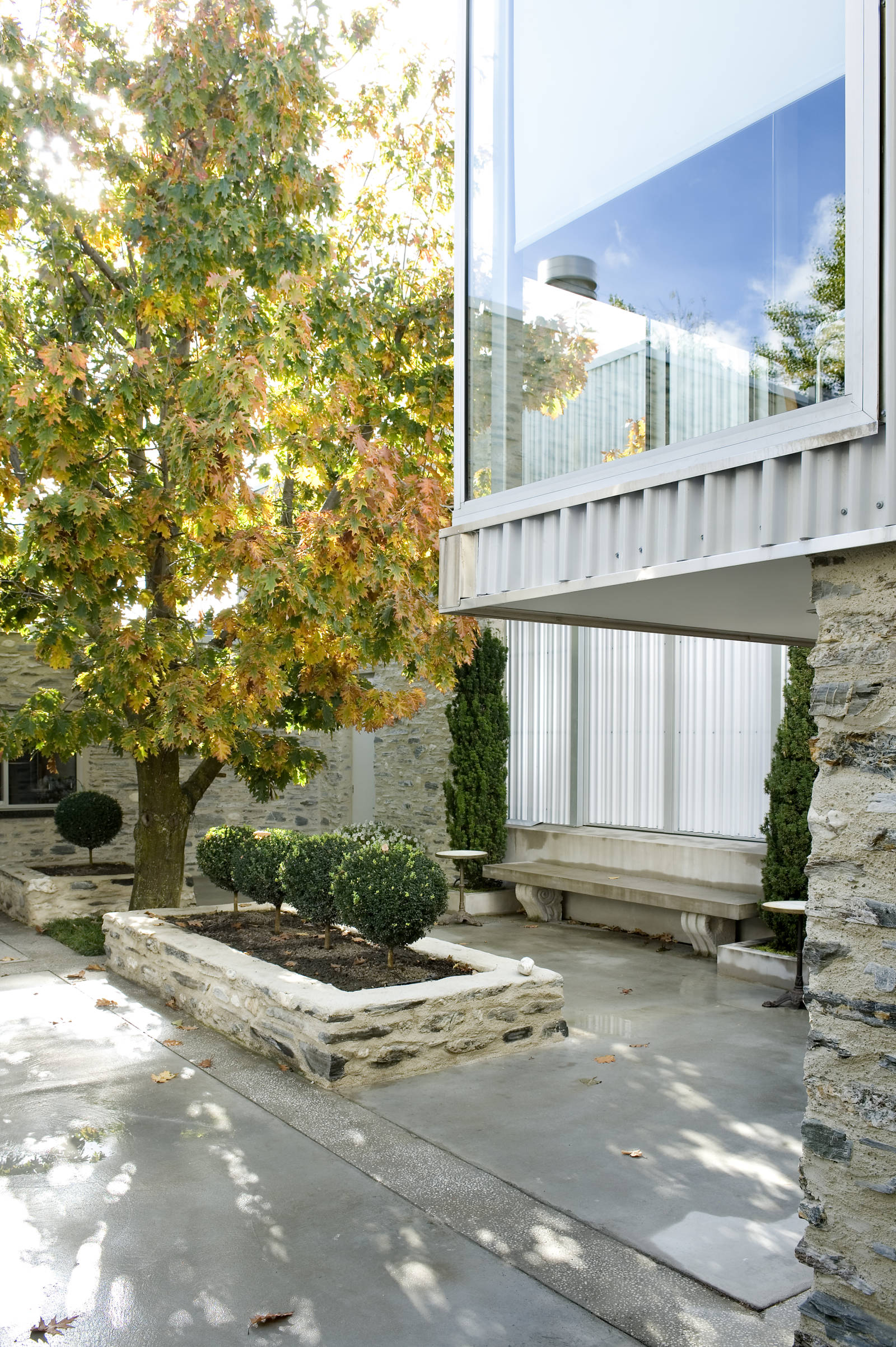 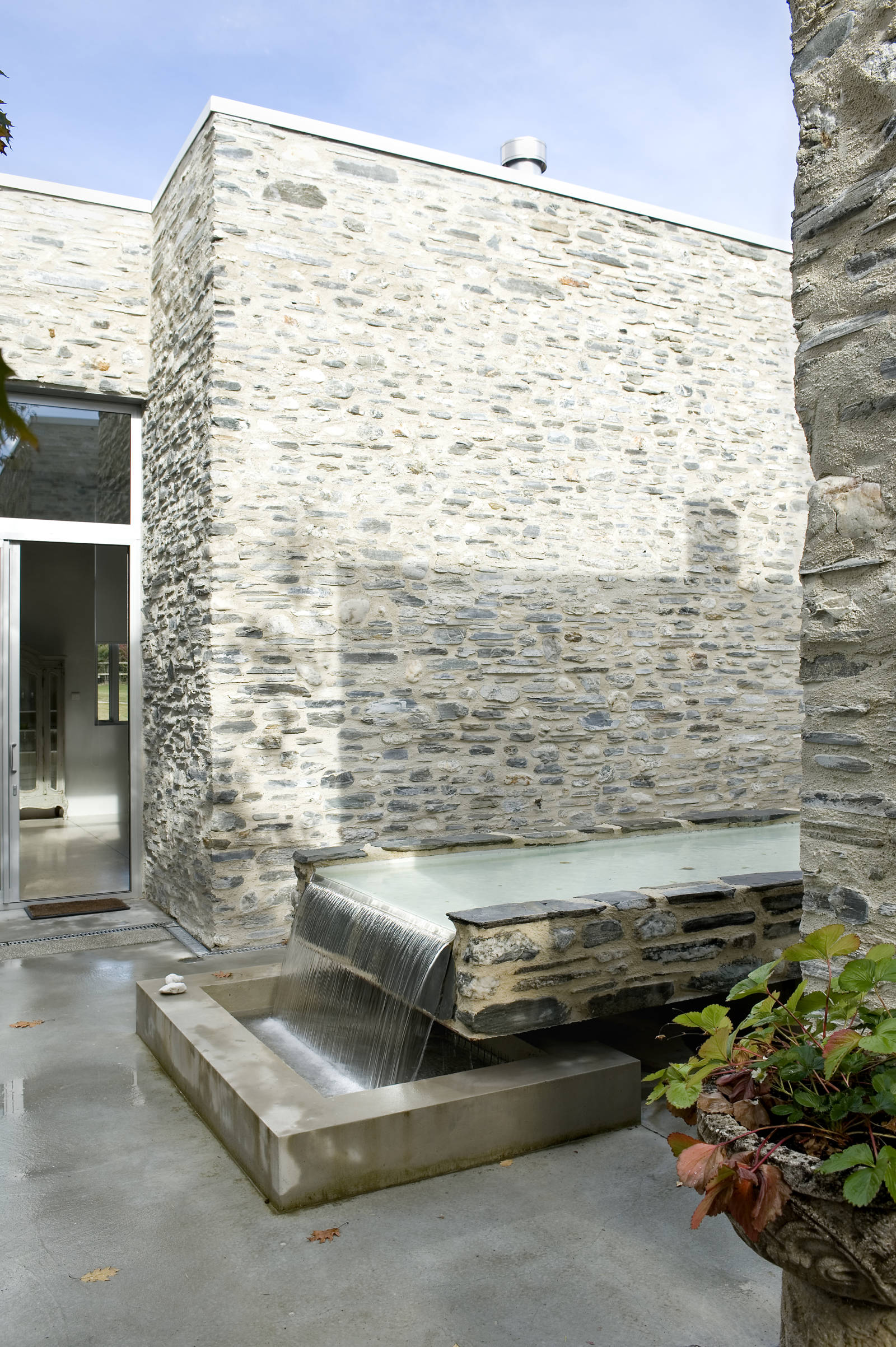 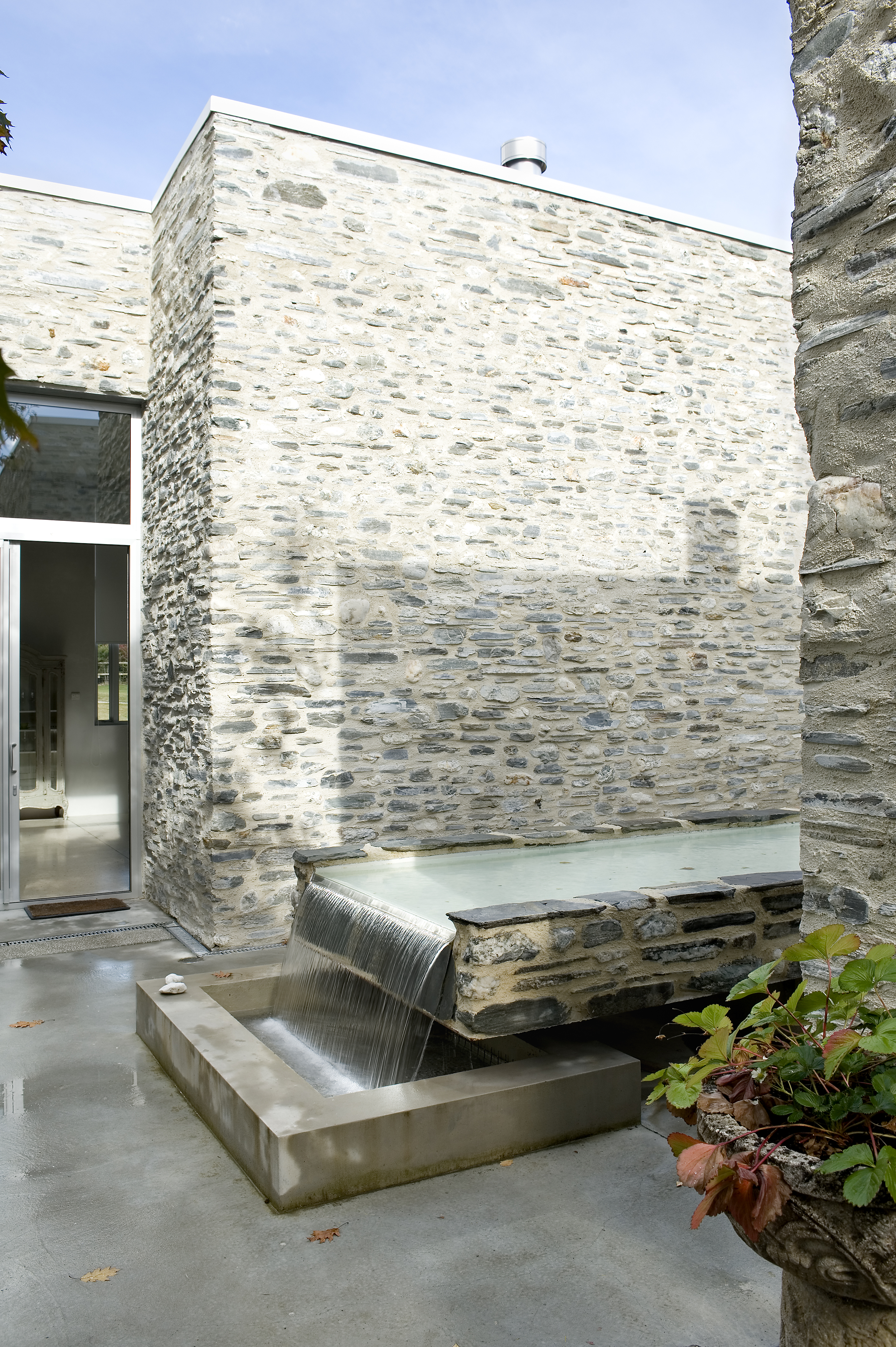 A home orientated to the sun and stunning lake and mountain views. Crafted in local stone, two large pavilions encapsulate a private courtyard concealed behind towering gates. The brief referred to a picture of a ‘masseria’ – a fortified stone building in Southern Italy with an insular courtyard. The term masseria comes from the Italian word maceria – wall, which in Roman times meant a rough wall having no facing.

The lodge specifically uses schist stone which simultaneously references the surrounding Southern Alp Landscape and ties the building back to Italy.

The award winning lodge was described by judges as “The simplicity of the exterior belies a rich interior. Centred on a courtyard is a beautifully orchestrated series of spaces, all alive with a theatrical quality, while carefully placed windows edit specific views. The rural/industrial material combinations are unusual but successful.”