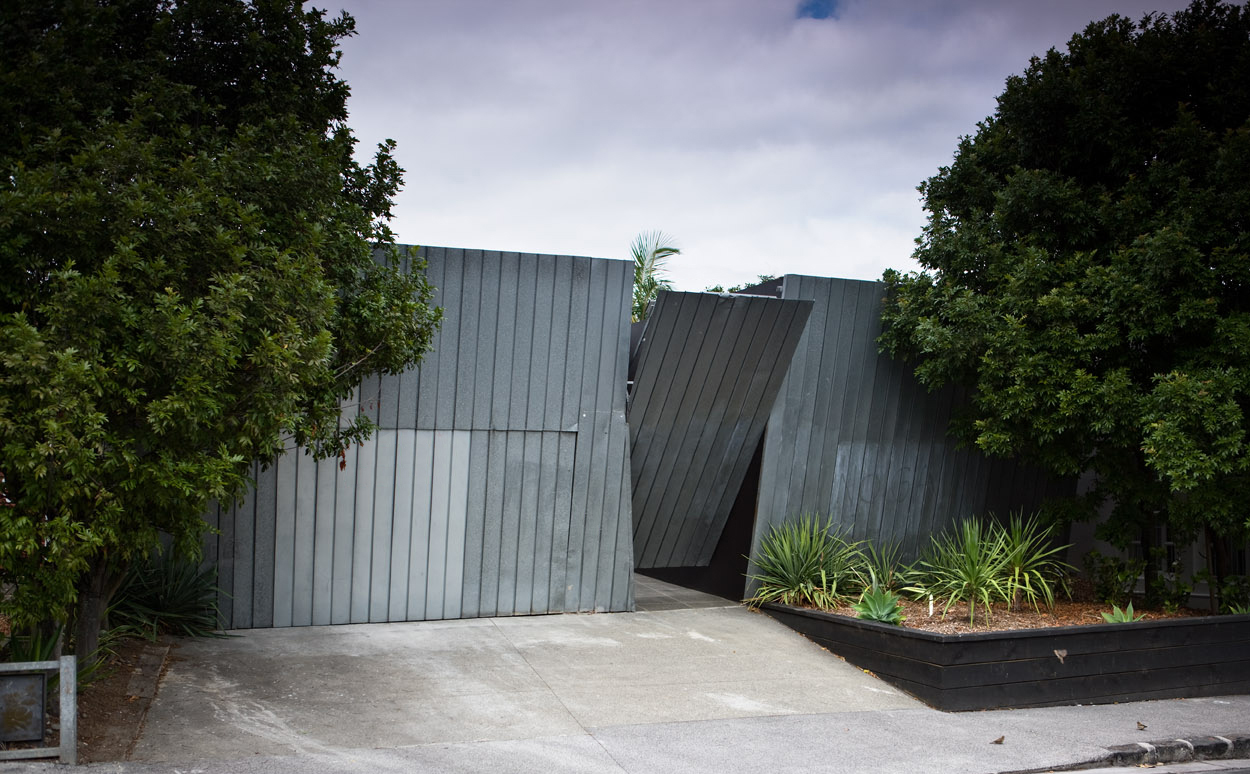 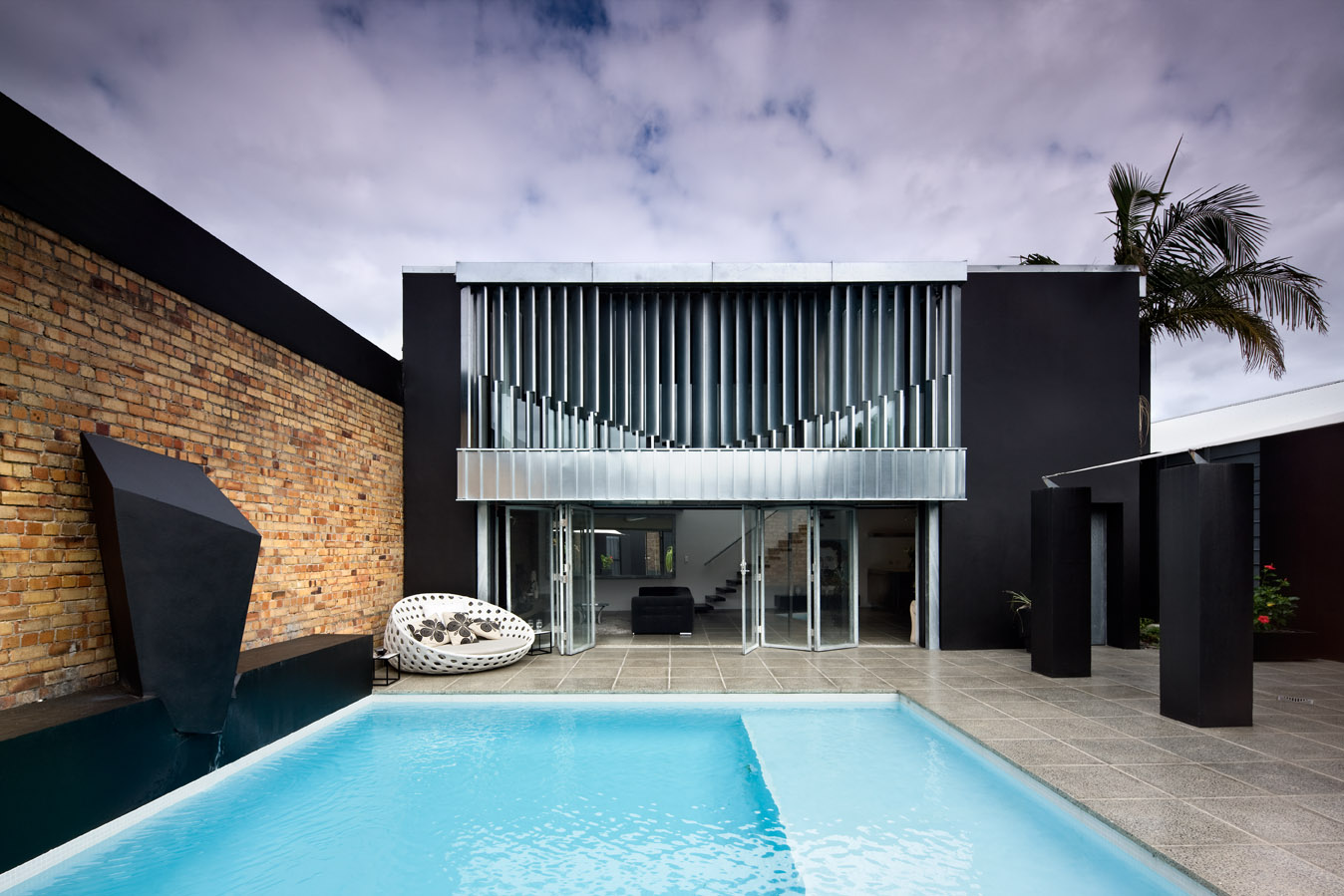 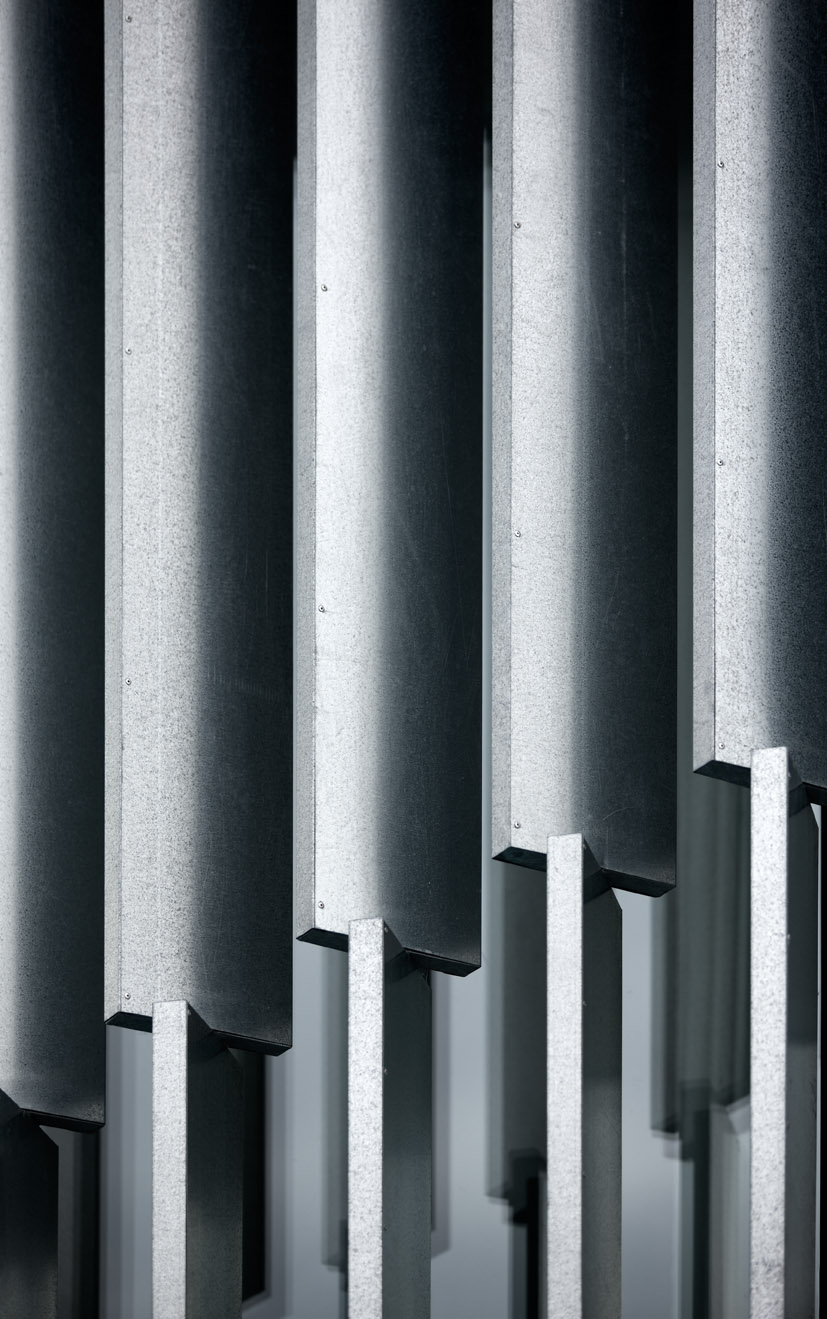 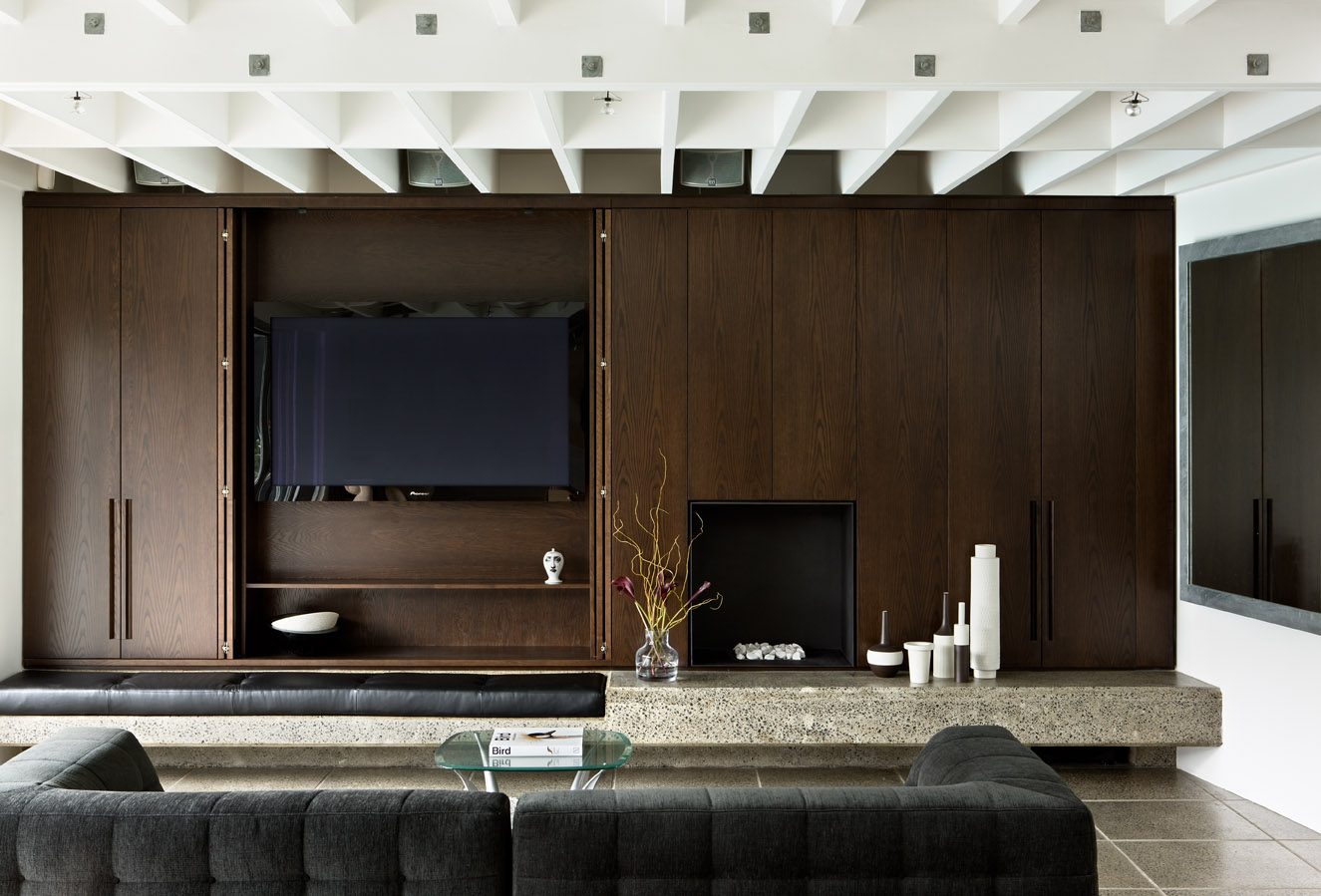 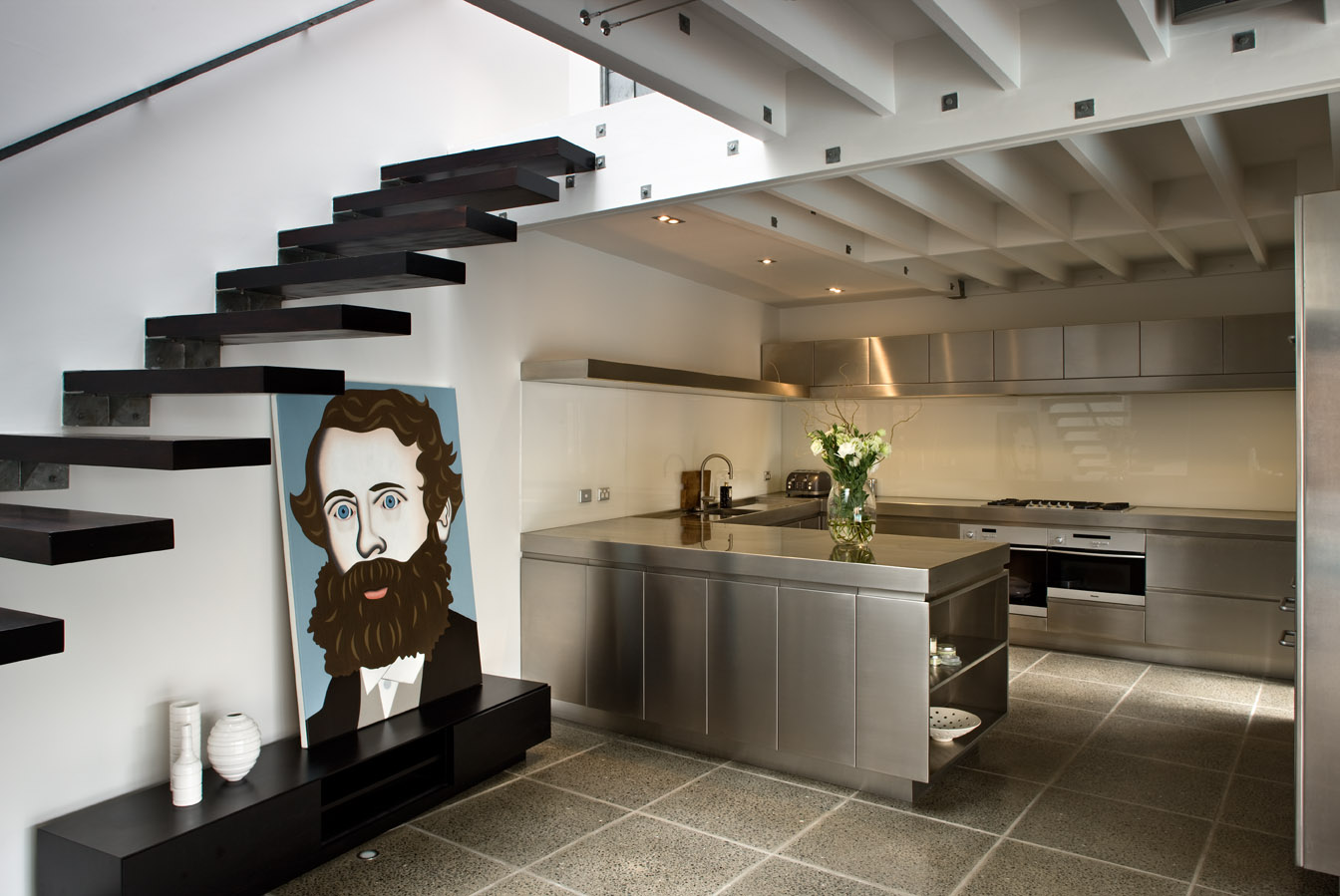 This home was designed in 1993 and was the recipient of many Architectural Awards. Ten years later it was listed amongst one of the 50 best Residential buildings in New Zealand. In 2005 it was one of only twenty-five architectural models commissioned by the Auckland Museum to record contemporary building in Auckland.

In 2008, Patterson Associates Ltd were commissioned to renovate and modernize the house for its new owner. We created a larger upstairs floor plan and an original first floor galvanized steel screen has been reworked into a bay window overlooking its courtyard. Four new galvanized steel vertical screens slide across the window, providing privacy and solar control and to reinterpret the ideas behind the original design. The new screen turns the louvered bay window into an operable machine, filtering light and transforming the spaces in varying combinations.

Service rooms, bathrooms and kitchens have been renovated and extended, a media centre added and the home upgraded to current compliance standards.